No Need For Coal But 100 Percent Renewables ‘Too Expensive’: Grattan Institute

Australia does not need coal-fired power stations to keep electricity bills down, but rushing to 100 per cent renewable energy will be “expensive” without major technology breakthroughs to provide back-up power during long winter wind droughts.

The findings from the Grattan Institute debunk the myth that cheap coal power stations need to be kept running to ensure power bills do not skyrocket. But they also sound a distinct note of caution against a full-on shift to an all-renewable electricity supply system.

Energy program director Tony Wood said the findings underscore that Australia should at this stage commit only to “net zero” emissions in the National Electricity Market by the 2040s, rather than “absolute zero” or 100 per cent renewable energy. 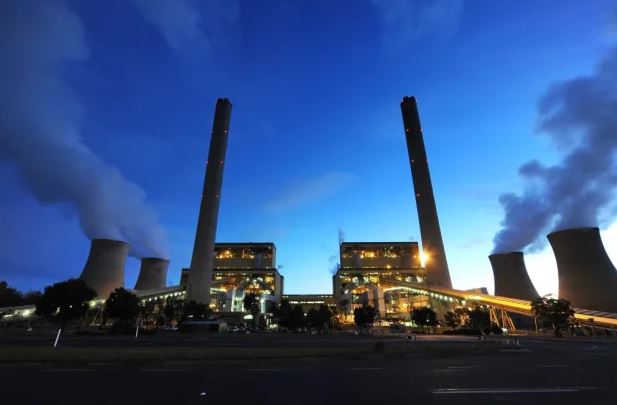 “This …. shows that we can make the historic transition to a low-emissions electricity system without the lights going out and without power bills skyrocketing,” Mr Wood said, describing the findings as “good news”.

But he said moving to 100 per cent renewables would involve “costly” measures to keep power supply reliable, especially during winter in the southern states when electricity demand is high, solar supply is low and when extended droughts in wind energy are possible.

Grattan’s report comes as the Greens are pushing for a 100 per cent renewable electricity system by 2030, while at the other extreme some Nationals MPs favour the construction of new low-emissions coal power plants. At the same time, the federal government is worried about the looming closures of coal power plants, most immediately AGL Energy’s Liddell generator in the Hunter Valley, the life of which it sought to have extended.

The think tank urged governments to resist the temptation to use taxpayer money to extend the life of existing coal power stations or to subsidise the entry of new ones.

Mr Wood said the “scaremongers” who maintain coal power plants need to be kept in operation to prevent bills rising are wrong, and that Australia can achieve the “trifecta” of reliable, affordable and low-emissions electricity without coal.

Grattan’s modelling found that moving to a system that was 70 per cent renewables-based and closing down two-thirds of the country’s coal power stations would not materially increase the cost of power but would dramatically cut emissions. The electricity sector accounted for 34 per cent of the nation’s emissions last year, at 172 million tonnes.

Moving to 90 per cent renewable energy and no coal could also be reliable but would involve some additional costs for generation, transmission and storage to ensure security of supply. Such a system would reduce Australia’s emissions by 105 million tonnes a year compared to maintaining coal power plants, at an average cost of less than $20 a tonne of CO2, Grattan’s modelling shows.

But eliminating the last 10 million tonnes of emissions through a move to 100 per cent renewables over the next 20 years would be expensive in the absence of major technological advances in hydrogen-fired generation, pumped storage and carbon capture to keep the lights on during prolonged periods of low wind and solar resources during winter.

“As the proportion of renewables grows from 90 to 100 per cent, the physical and economic challenge of balancing the system becomes too big,” Grattan said.

“Gas with offsets looks to be the lowest-cost ‘bridging’ technology until zero-emissions alternatives are economically competitive,” it said, calling on governments to back efforts led by the Kerry Schott-chaired Energy Security Board to integrate wind and solar generation and storage with interstate transmission and renewable energy zones.

It advised that offsets would become increasingly costly as Australia moves towards net zero emissions across the economy, most likely in the 2040s.

Still, Heidi Lee, chief executive of Beyond Zero Emissions, a climate change solutions think tank, said getting hung up on the exact proportion of renewables in the power system “misses the point”.

She said Australia had “barely scraped the surface” in terms of tapping the economic potential sitting in the country’s abundant renewable resources.

Grattan, meanwhile, called for a single, economy-wide price on emissions as the most efficient way to ensure emissions are cut at the lowest cost. But if that “remains out of reach” then it advised governments to at least cease direct intervention in the electricity market and embrace reforms led by the ESB to ensure adequate generation combined with state-based renewables policies.

It also suggested governments pursue a “second-best” alternative if a price was not placed on emissions such as trading Australian Carbon Credit Units between sectors.

Mr Wood said gas was likely to plan a “critical back-up role” for renewable energy but not an expanded one, reiterating Grattan’s view that there would be no “gas-led recovery” from the COVID-19 recession as targeted by the Morrison government. Rather, the country would make a “gas-supported transition” to a net zero emissions electricity system.

Grattan noted that the latest government projections envisage electricity sector emissions falling to 111 million tonnes by 2030, 44 per cent below 2005 levels.

“This is a remarkable achievement, driven primarily by the growth in renewable energy, projected to reach 55 per cent of generation by the end of this decade,” it said, describing a net zero emissions target for the national electricity market by the 2040s as “appropriate”.