It’s been a busy month in energy news, most significantly with the announcement of early coal plant closures creating increased pressure on the delivery of transmission infrastructure and renewable generation to fill the gap. This has affected futures prices in all states across the NEM, which have recorded a significant jump in recent weeks (in particular NSW Cal 2025 futures which rose 24.5% in 2 weeks since the announcement of the early Eraring closure). The BOM is predicting above average rainfall and minimum temperatures for Autumn across Australia, which provides some positive news and should ease pressure on the market if mild conditions reduce heating demand leading into winter, however this has not been enough to offset other uncertainties in the market. 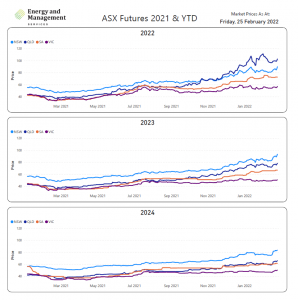 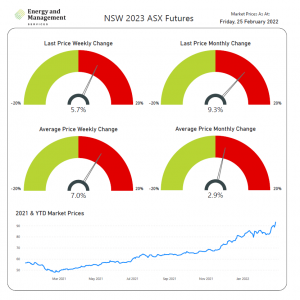