Energy prices have fallen dramatically in the last few days, although it remains too early to identify whether this is a lasting shift in the price trend or just temporary respite. There are issues that still need to be resolved, most significantly recent warnings from the ACCC that Australia could face a gas shortfall next year, creating pressure for the Federal Government to trigger the Domestic Gas Supply Mechanism which would restrict LNG exports. To avoid the triggering of this mechanism, LNG producers are considering other proposals to ensure domestic supply. This response, along with warmer temperatures and scheduled maintenance at a Queensland LNG train which is reducing exports and increasing domestic supply, has resulted in a gas price drop which has flowed on to decrease electricity spot and Futures prices. The electricity market has also been helped by an increase in renewable output and coal generators coming back online after maintenance and outages. This is still an evolving situation; with the northern hemisphere winter approaching, a possible return to previous gas export levels once LNG train maintenance is completed, and future gas shortfall concerns, we may see a return to high prices despite the temporary positive news. 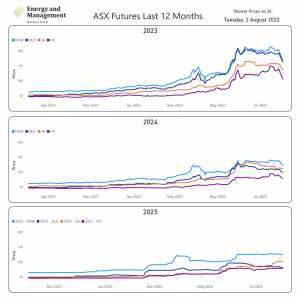 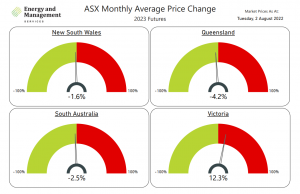 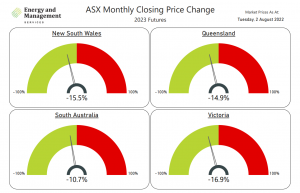