The recent historical trend that has seen Q1 and Q2 as an opportune time to recontract contrasts with current events. Post Cal 2018 saw contract and futures prices rise aggressively across all states mainly driven by heat extremes and high demand in the early part of the year. Generator outages, which are now becoming more common, have only added to further pressure during Q1 and Q2 and as a result there have already been instances where Retailers have withdrawn contract pricing offers. Base futures for Cal 2020 remained relatively flat in the lead up to the Federal election and the outcome of the Coalition win did little to restore faith in the market.

Forward prices for electricity over the peak summer months have already risen on AGL’s advice in June of an extended outage at a unit at its Loy Yang A coal generator in the Latrobe Valley, due to last until mid-December. Adding further pressure was Origin’s announcement in July that its Mortlake gas power generator in western Victoria had suffered a fire and would run at half-capacity, also until December.

While both the AGL and Origin units are due to be back up and running before the peak of the summer heat, the failures have helped drive up forward prices for electricity for the March quarter of 2020.

As a result, industry is very concerned not only around the strength of the system but also about what energy prices are going to do during summer, with many holding their breath that the plants would be repaired on time. Although there remains concerns about potential hot periods in November.

The one relief for those seeking fixed term agreements is that the market is in major backwardation, for example Cal 21 and 22 are approximately 13% cheaper than Cal 20 for NSW and 15% cheaper for the same period in QLD. Customer who have renewed this year have opted for longer term flat pricing agreements, whereby the Retailer “funds” the contract in the first year. 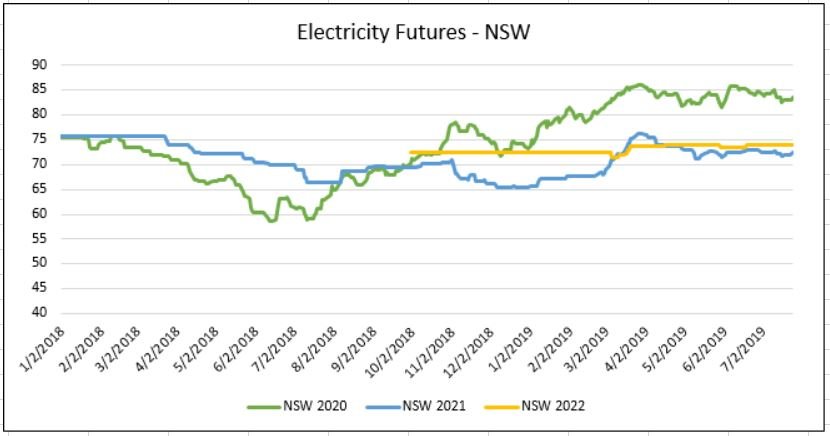 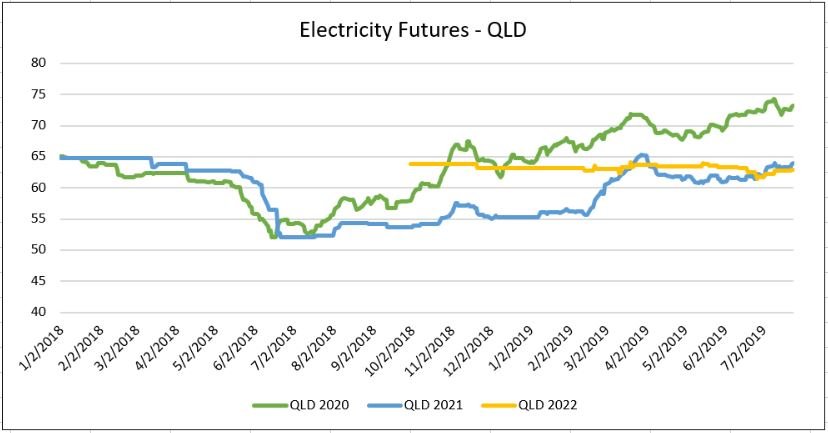 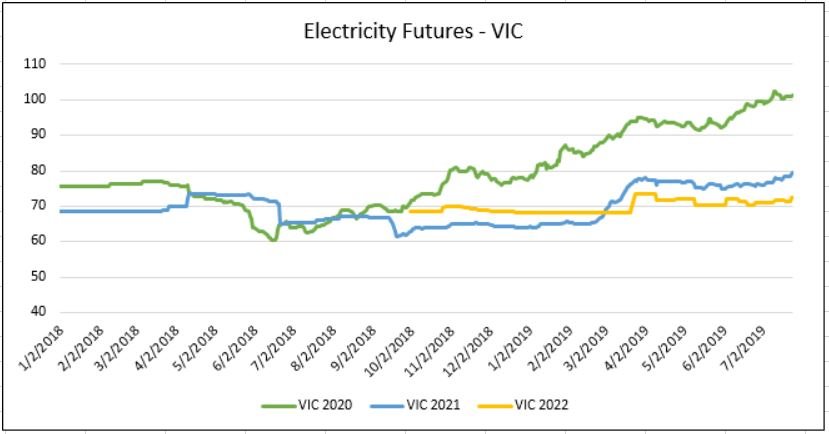 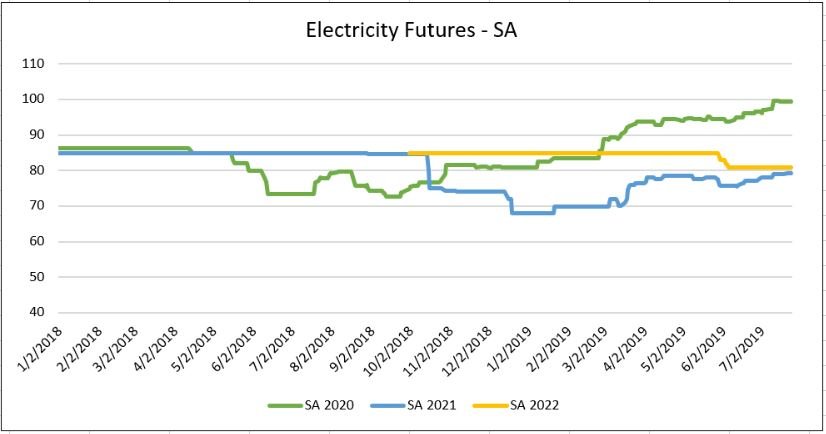